According to Parallels, there are also some significant performance enhancements in the M1 chip compatible version including: Up to 250 percent less energy used: On a Mac with an Apple M1 chip, Parallels Desktop 16.5 uses 2.5 times less energy than on a 2020 Intel-based MacBook Air computer.

'Apple's M1 chip is a significant breakthrough for Mac users,” said Nick Dobrovolskiy, Parallels Senior Vice President of Engineering and Support. “The transition has been smooth for most Mac applications, thanks to Rosetta technology. However, virtual machines are an exception and thus Parallels engineers implemented native virtualization support for the Mac with M1 chip. This enables our users to enjoy the best Windows-on-Mac experience available.”

“We received enthusiastic feedback about the remarkable performance of both the Technical Preview of Parallels Desktop 16 for M1 Mac and Windows 10 on ARM Insider Preview as well as x86 applications and games, including Rocket League, Among Us, Roblox, The Elder Scrolls V: Skyrim, Sam & Max Save the World and many others. Testers loved Parallels Desktop’s easy-to-use features and seamless integration of Windows with macOS Big Sur, which increased productivity,” said Dobrovolskiy.

Watch a video demo of how to install virtual machines (VMs) in Parallels Desktop 16.5 on an M1 Mac: www.parallels.com/VMonM1Mac.

“I installed Parallels Desktop 16.5 for Mac and Windows 10 on ARM Insider Preview on my M1 Mac Mini because, as a math teacher, several software apps that I use are no longer supported on M1 Mac,” said Daniel Dudley, Albuquerque, NM, United States. “Running Windows on my M1 Mac in Parallels Desktop 16.5 has been awesome. It’s the fastest version of Windows that I have ever had!” “I absolutely love being able to run Linux environments within Parallels Desktop 16.5 on my M1 Mac,” said Darren Paxton, United Kingdom. “The performance is simply amazing.” 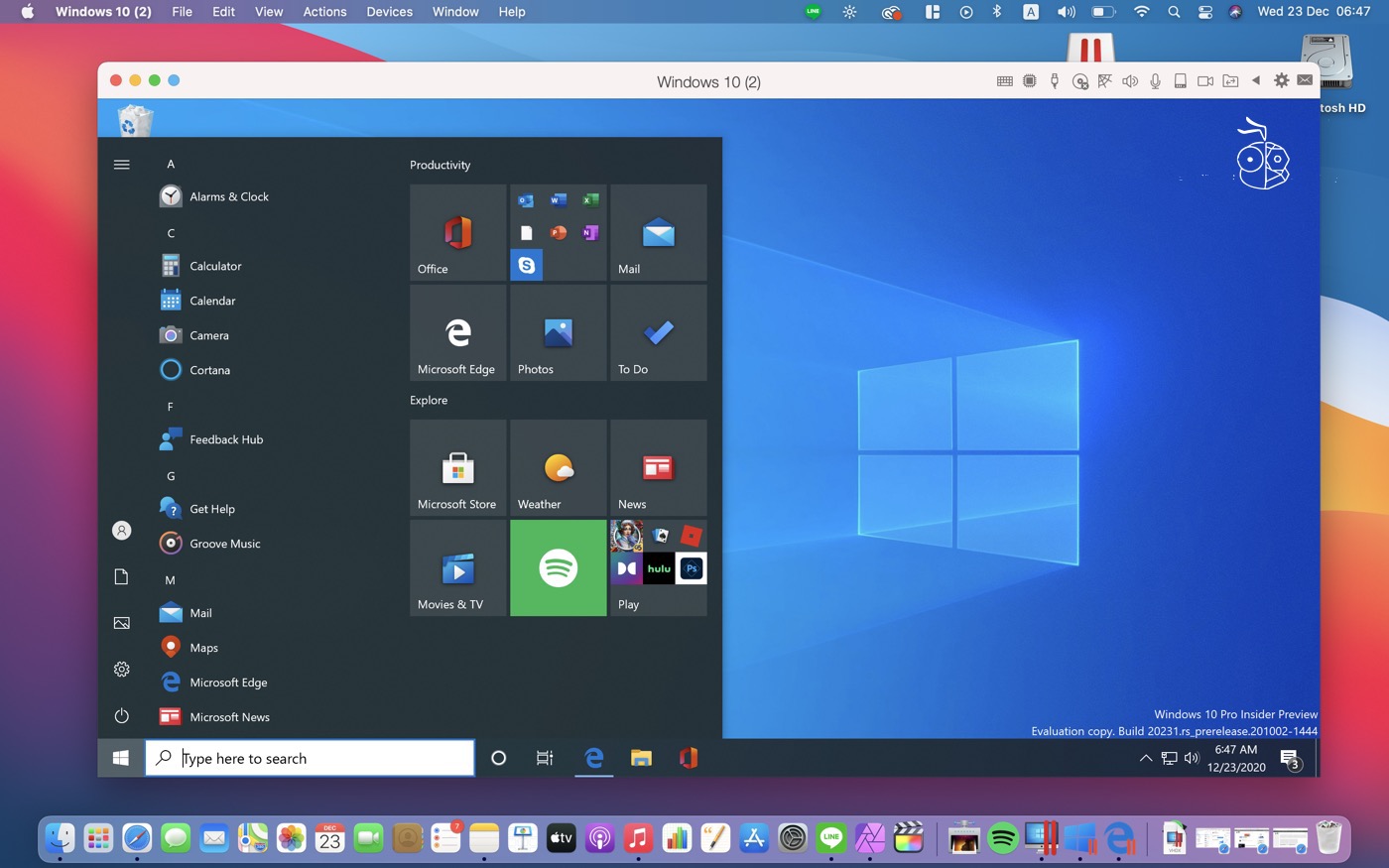 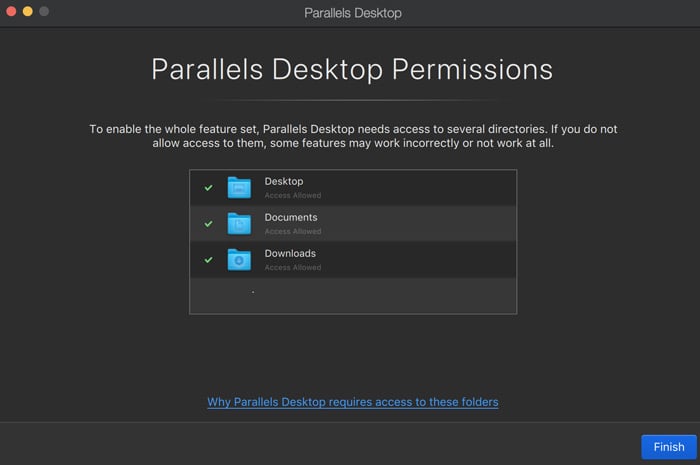 All the best Parallels Desktop 16 for Mac features have been re-engineered for the Apple M1 chip, including:

All editions of Parallels Desktop 16.5 update for Mac support both M1 and Intel Mac computers (Standard Edition, Pro Edition and Business Edition). They can be purchased either online at parallels.com/desktop (which also offers free full-featured 14-day trials) or from retail and online stores worldwide. Parallels Desktop subscriptions include complimentary concurrent subscriptions to Parallels Access, and just-redesigned and simplified Parallels Toolbox for Mac and Windows, which are also separately available for free trials and subscriptions at parallels.com.

Parallels is a global leader in cross-platform solutions that make it possible and simple for businesses and individuals to use and access the applications and files they need on any device or operating system. Parallels helps customers leverage the best technology out there, whether it’s Windows, Mac, iOS, Android or the cloud. Parallels solves complex engineering and user-experience problems by making it simple and cost-effective for businesses and individual customers to use applications wherever they may be—local, remote, in the private datacenter or in the cloud. Parallels, a business unit of Corel, has offices in North America, Europe, Australia and Asia. Visit parallels.com/about for more information.

Corel® products enable millions of connected knowledge workers around the world to do great work faster. Offering some of the industry's best-known software brands, Corel gives individuals and teams the power to create, collaborate, and deliver impressive results. Success is driven by an unwavering commitment to deliver a broad portfolio of innovative applications – including CorelDRAW®, MindManager®, Parallels®, and WinZip® – to inspire users and help them achieve their goals. To learn more about Corel, please visit www.corel.com.

Parallels has released a Technical Preview Program for running Parallels Desktop 16 on M1-powered Macs. The company says that it created a “new virtualization engine that uses the Apple M1 Mac chip hardware-assisted virtualization” to allow users to run ARM-based operating systems, including Windows, in a virtual machine.

Parallels points out some limitations with the first version of the Parallels 16 Technical Preview for Apple Silicon Macs:

The company says it continues to focus on expanding the capabilities of Parallels on M1 Macs as well:

Many Parallels Desktop features depend on a virtualization engine and guest OS architecture and must be developed nearly from scratch for the Apple M1 chip: starting from running an OS itself, graphics, the ability to suspend/resume a virtual machine, seamless integration, Coherence mode, Shared Folders, and many more. While our team continues to work hard on bringing all of the best Parallels Desktop features to Mac computers with Apple M1 chip, we are proud to share the results we achieved with this significant milestone.

With those limitations in mind, however, this technically means that you can run the ARM version of Windows using the Parallels Technical Preview on an M1 Mac. Microsoft does not sell a version of Windows that will run on Apple Silicon Macs with Parallels, but the company has made a version available to members of the Windows Insider Program.

Here’s a look at the process of installing Windows through Parallels on an M1 Mac in action:

Today’s release of the Parallels Desktop 16 Technical Preview for M1 Macs comes less than a month after the company teased that it was in development. This release makes a major milestone in the ongoing quest for a way to run Windows on M1 Macs.

Do you plan on using the Technical Preview of Parallels Desktop 16 to run Windows on M1-powered Macs? Let us know down in the comments!